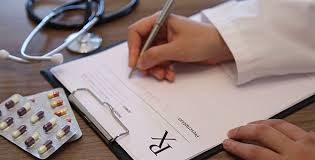 Critical illness cover wasn’t invented by an insurance company as many would believe. No, it was the brainchild of a renowned heart surgeon working in South Africa. He spotted the need for people to have protection should they become critically ill, but survive and struggle financially.

As a surgeon, Dr Bernard was used to saving lives. He was acutely aware however, that he couldn’t do anything about the long-term financial implications for those he saved.
He reflected that; “I was used to operating on people and boasting about my great results. I had patients surviving 5 or 6 years, but all of a sudden I saw the social and financial implications. I knew nothing about insurance but I knew life insurance only paid out on death. My patients lived for many years, but in this same time, they died financially.”

In the 1900’s, serious illnesses such as cancer, heart attacks and strokes were rare. Tuberculosis, typhoid fever and malaria were much more common. Those that were lucky enough to survive these illnesses did so at a time when average life expectancies were in the 40’s. Passing on at such a young age, meant many still had dependents and hence why life assurance was so important at that time.

Throughout the 20th century however, we had many medical breakthroughs and with the likes of antibiotics, vaccines and immunisations to name but a few, the average life expectancy rate rapidly increased. So much so that in the developed world today, this figure is now well into the 80’s. While this is fantastic news on most fronts, it can also cause difficulties that not only need to be addressed, but financed.

Major lifestyle changes, a decrease in the amount of manual work and an over-indulgence in rich foods has led to obesity and many other complications. This has seen a huge increase in illnesses such as heart attacks, cancer and strokes. It was for this reason that Dr Bernard dedicated significant time to seeking out a company prepared to underwrite this risk. This wasn’t easy as most analysts perceived the risk to be too high at that time. He persisted until eventually, in 1983, he convinced a South African insurance company to insure against these illnesses.

He was appointed to the Board of this insurance company as Medical Consultant to oversee that payment was made if a policyholder suffered one of the defined specified illnesses. Today, most insurance companies provide Specified Illness Protection on a range of illnesses. The number of illnesses covered is now also much greater than what they were when first established by Dr Bernard way back in 1983.

Life Insurance companies in Ireland offer cover on a list of specified illnesses. To qualify for a claim, you need to be diagnosed with one of the illnesses listed on your plan. You must also meet the severity of that condition as outlined in the policy terms and conditions, so professional advice is paramount. There is no tax relief on the premium but any pay-out on a claim is tax-free and paid out as a lump sum. Unlike Income Protection, there’s a lot of flexibility around the amount of cover you can to put in place. Your smoking status, the term of the policy and existing health will, in the main, determine the premium.

A recent study by the Irish Cancer Society “The real cost of Cancer”, 2015 stated quite clearly that for most patients; “The stress of managing the cost was greater than the stress of having the cancer itself.” That’s not only frightening but shows nothing much has changed then since Dr Bernard’s thoughts back in 1983!

Please share this blogpost if you think it has been informative or might benefit someone you know.

As always, contact me if you have any personal Financial Planning queries or would like to reserve your free Discovery Meeting consultation.

The information contained in this article is for general information only. It should not be used as the basis for any form of agreement or advice. We recommend readers seek separate tax and legal advice where necessary. This information is of a generic nature and does not take into account your own particular circumstances. Investment funds can fall as well as rise.

Take Control Of Your Future Today!

We strive to provide financial peace of mind by delivering tailored objective advice designed to give clients the confidence to pursue their own passion, dreams and talents.

error: Content is protected !!
We use cookies to ensure that we give you the best experience on our website. If you continue to use this site we will assume that you are happy with it.Accept